I often don’t write about gear I get, but I did tonight.

A few years ago, I got a sleeveless Mr. S red and black neoprene hoodie on sale for a good price. It works out well in the normal world as casual wear and doesn’t draw peoples attention. The problem with it is that it is not very useful outside of the mild weather that we have for 2/3rds of the year. But this started a trend of me having a certain amount of stealth gear that I can wear about town and not draw attention.

About nine months ago, I googled for neoprene hoodies and found the Hyperflex Playa hoodie. Given that it was over 100 bucks, it broke the threshold for an impulse purchase and ended up staying in my wish list on Amazon. At Sidetrack in Chicago, during MIR this year, I saw someone with one. I noticed it while we were chatting and asked to touch it. All that I needed was to touch it and to know that I had to buy one once rainy season kicked into high gear in SF.

Well, it is now rainy season, and I have finally ordered one. Why did I wait so long? Seriously, why did I wait!

The fit is a bit oversized, and the manufacturer even states that. But I don’t think I could have safely gone down to a medium. Since it is designed to wear over a wetsuit, the Large is the right fit for me. And after taking some selfies I could see doing just that – I was getting real nice and toasty taking these quick selfies. Given that our winter seems to be on track for being cold and wet, this is exactly what I wanted.

But for me, the win is the feel of the neoprene. It is a sharkskin style outer and is just so soft, slick, and tactile. After I opened the box up, I put it on and I could not stop touching myself. In a way, it feels like my sense of touch feels confused. The inside is lined with a fuzzy red lining. I don’t think I ever had a hoodie that pushed all of the right buttons for me.

You’ll probably see more pictures of me with this on throughout rainy season.  Here are some more selfies from that quick shoot I did for now: 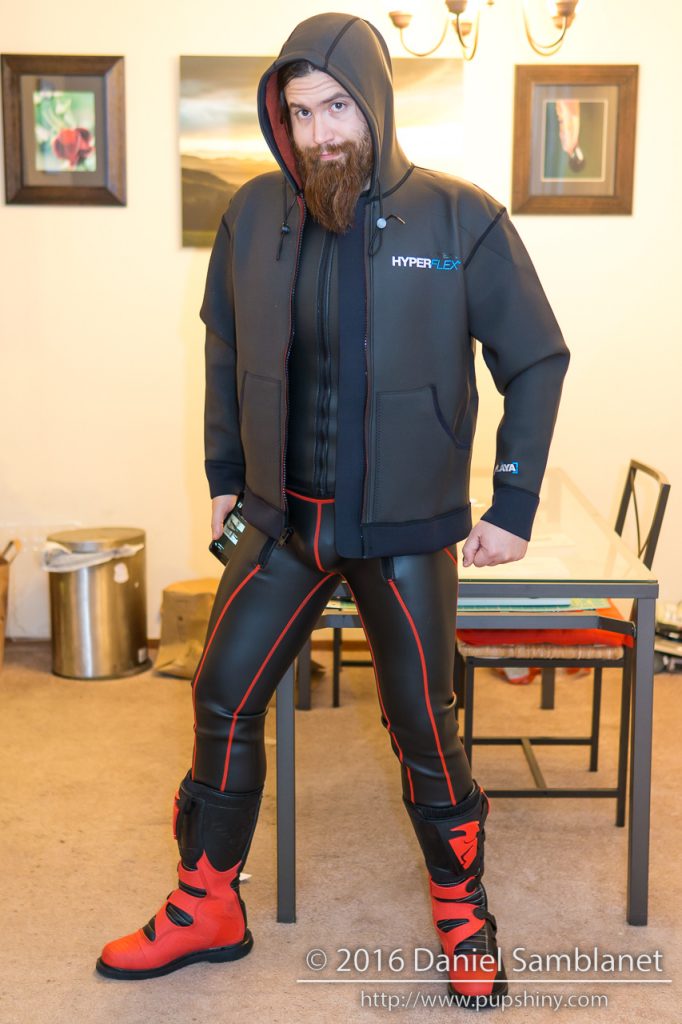 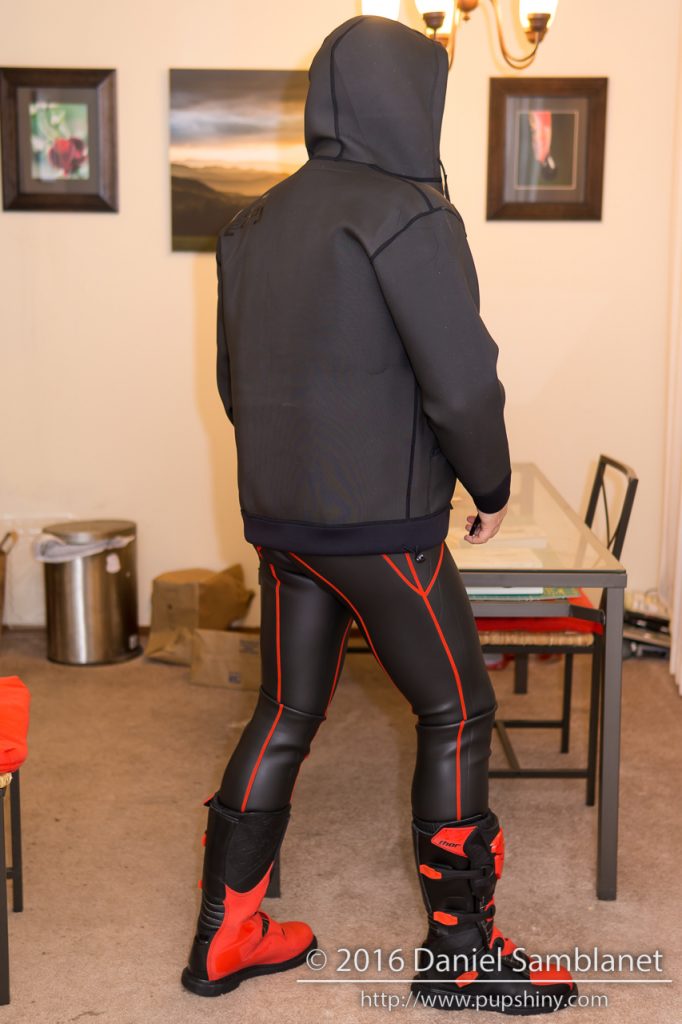